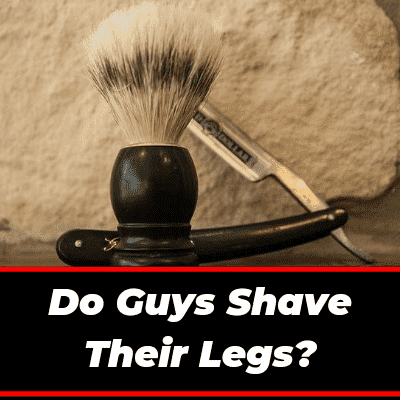 So, you want to know whether we guys shave our legs or not…..🌺

Don’t worry because I am also a guy and through this post I am going to share whether guys shave their legs or not…..

At the end, I have shared a trick through which you can easily find out whether a guy shave his legs or not, so don’t skip the post……👍✌️

So, without further delay, let’s get started…….⤵️⤵️

Table of Contents show
1. Most Guys Don’t Shave Their Legs
2. It Takes Too Much Time😎
3. A Lazy Guy Never Shaves His Legs😂
4. Many Guys Get Feared From The Regrowth Of Hair And The Duty That Comes With It😎
5. In Summers, Some Trim Their Legs Hair
6. At The End Of The Day, It’s Personal Preference
Trick

1. Most Guys Don’t Shave Their Legs

Because we guys don’t care much about hair on legs and we don’t have any problem with them, according to me, leg hair on men looks nice and attractive….🌺

And you can’t judge a guy’s hygiene just by seeing his legs hair are shaved or not because a lot of handsome guys don’t shave their legs, and this is the truth dear…..🙏

On an average, it takes at least 10 minutes to shave a beard, so it will take at least an hour to shave both legs…….😓😰

And if a guy is like me who doesn’t know how to shave will take hours to shave legs…..

So, shaving legs is a time consuming task and this is one of the reasons why we guys don’t shave…….🙏👍😎

Yes, a lazy man will never shave his legs because of laziness………✌️

Some lazy guys even don’t take bath on regular basis so we can’t expect from them that they shave their legs…..🙏😂

4. Many Guys Get Feared From The Regrowth Of Hair And The Duty That Comes With It😎

Yes, many guys like me get feared that if I shave my legs, the hair will grow back faster and thicker & it’s the reality they grow back too much fast and thicker than before….🙏

Along with this, we hate the duty which comes with when we start shaving our legs because if a guy shaves his legs today then it’s obvious that he need to shave his legs again and on a regular basis every after one or two weeks, so it will become a duty for a guy…..

And we guys don’t like duties, and as a result we don’t shave legs…..🙏👍

5. In Summers, Some Trim Their Legs Hair

So, in summers, the number of guys shaving or trimming their leg hair can increase….👍

6. At The End Of The Day, It’s Personal Preference

Yes, at the end of day it’s the personal preference of a guy whether he wants to shave his legs or not…..

So, it’s totally up to a guy to shave his legs hair or not but mostly guys don’t shave or trim their legs…..🌺

Now, I am going to share a trick through which you can easily find out a guy shaves his legs or not…..⤵️