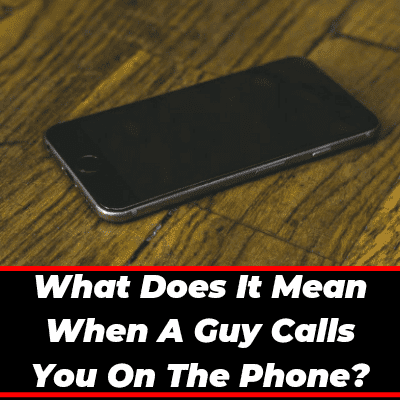 And if you want to know all those reasons then you are at right place…..👍✌️

Because through this post I am going to share all the reasons why a guy calls you on the phone and what does it mean….🌺

Table of Contents show
1. First of All, Confirm What Kind of Guy He is🌺
2. Did He Ask Your Number?
3. Was He Talking To You in Alone?❣️
4. Was His Heart Beating Fast While He Was Talking To You?💗
5. Time of Phone Call Really Matters🌺
6. How He Ends The Phone Call Really Matters 💗
7. Does He Text You Too?
8. If He Shows You Other Signs Of Attraction Then Just Go & Ask Him💕

1. First of All, Confirm What Kind of Guy He is🌺

As i have only information that he has called you so you need to confirm first what kind of guy he is…..🌺

If he is shy of you and you always dominate him then his style of talking will be totally different from other guys…..💗

And if he’s is a normal guy then his talking style will be totally different…..🙏

Now, when you have confirmed what kind of guy he is then let’s move on to the second point…..⤵️

He called you on the phone it means he has your number….😎

Now tell me, did he ask you for your number or did you give it to him yourself or did he take your phone number from a friend of yours?🌺

If he asked you for your number & you gave it to him then it means he is really interested in you because we guys only ask for phone number from a girl we really love…..🌺💕🌺

And if he got your number from a friend of yours then it means that he is really interested in you, maybe he likes you a lot even more than you think….. 🙏

If a guy really loves you then he WILL talk to you over phone in alone by hiding from his family members….😎

He will lock his room and talk to you with a soft voice….😎

And to know this, next time whenever he calls you on the phone, just ask him “Are you alone?” If he says Yes then girl, trust me, he has fallen in love with you….🙏💕

But if he talks to you in front of his family members then it means that he sees you only as a friend, nothing more than this…….🙏💔

4. Was His Heart Beating Fast While He Was Talking To You?💗

Being a shy guy I can say, if a shy guy loves you and he calls you on the phone then his heart will start beating very fast because he is not talking to a normal girl but he is talking to the girl he truly loves…….🙏🌺💕🌺

I know you can’t hear on the phone whether his heart is beating fast or not…….😎🙏

So next time, whenever he calls you then first start a conversation for 10-15 second & then ask him “is your heart beating fast?”

But if his heart is not beating fast then there are more chances that he sees you only as his friend…..🙏

Trust me, a genuine guy will not call you on the phone at late night because he knows that your parents can scold you for talking to a guy late at night…..🌺

So, if the guy you are talking about calls you in the morning or evening like at 7,8, or 9 pm, it means that he is a genuine guy and there are more chances that he genuinely loves you….🌺💕🌺

But if he calls you at late night like at 10 or 11 pm or even more late then it means he is not a genuine guy, he is a bad guy and you should leave this guy……🙏

6. How He Ends The Phone Call Really Matters 💗

To know whether he likes you or not, you need to analyze how he ends the phone call…..🙏😎

And if while ending the phone call he says “take care ‘your name’ and good night” then also it means that he really likes you but is afraid to confess……….🌺💕🌺

But if he ends the phone call with just “okay bye” then it’s a doubtful situation and chances are high that he doesn’t like you….🙏💔

If a shy guy gets your number by asking from you then he will try to text you first before start talking to you via phone……….🙏🌺

So, if he text you “good morning, good night, take care, & sweet dreams” everyday and he often calls you via phone it means he really loves you but he’s hiding his feelings from you…..🌺💕🌺

But if he only calls you i.e he doesn’t text you it means he doesn’t really like you, maybe he’s just pretending or maybe he is a cheater….🙏

8. If He Shows You Other Signs Of Attraction Then Just Go & Ask Him💕

Yes, if you like him and he also shows you some other signs of attraction like⤵️

He gets shy while talking of you, you often catch him looking at you, he never talks to any other girl except you, he always talk to you with a cute smile and he tries very hard to help you without you asking then it means he really loves you….❤️

And you should try to ask him if he loves you or not….👍🌺

And the best moment to ask him is when he gets shy while talking to you i.e when he gets shy just sit with him & look into his eyes and ask “Why are you fearing from me? Why don’t you say you love me?”💕

Trust me, he will confess then that he really loves you….👍💕🌺

But if you don’t like him and he doesn’t show you other signs of attraction like he talks to many girls and he also tries to get their attention, it means he is a cheater and doesn’t like you and you should stay away from him….🙏🙏

That’s it for today, hope you liked my post and I was able to clear all your doubts about that guy….🙏👍

Will see you in a next post, till that take care and stay ahead…..👍